Leap and the net will catch you 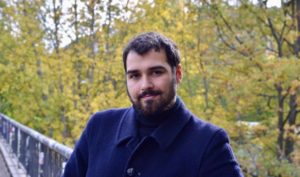 In the late summer of 2013 my mum gave me one piece of advice before I set off: “Leap and the net will catch you”. I was moving to Paris to go do a masters degree in International Development. I’d applied to a university called Sciences Po and had been surprised to not only be accepted but to have been offered a small bursary and no fees.  At the time, I was a penniless recent graduate in Glasgow, homeless and crashing with a network of friends and serving up burritos at a Mexican restaurant in Edinburgh. Despite not speaking French, I felt there was no way I couldn’t go. I became an economic/academic migrant. Moving abroad can feel like you’re in a free fall, but there are plenty of places, good and bad waiting to break your descent.

It wasn’t the first time I’d packed my bags and headed off in one direction. Originally, before I was Northern Irish I was technically Indian. I was born in the city of Bangalore,
my mother was from Derry in NI, my dad from the south of India. They’d met oddly enough, when Oxfam had asked him to go on a visit to NI during the troubles. After they
separated, I moved to Belfast in 1993, eventually settling in Derry. It was a great place to be young and I still miss the countryside and sheer green of neighbouring Donegal –
especially the beaches.

Finding a house was a nightmare, I was still living out of suitcases and hostels a month into the start of my degree. Things picked up though, my French improved from rien to
pas mal (and then regressed to just mal). I went from flipping burgers part-time to working my way through internships at the United Nations and L’Oréal, eventually joining
the team of Hardware Club, a venture capital fund. I went in last year as an intern, became an analyst and carved out a role for myself as a tech writer and communications
director. 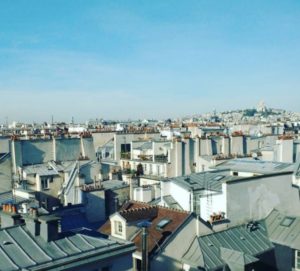 The city itself became more welcoming as I got a chance to explore it. I appreciate the commitment to public space that the French have, including access to lot of sky above
you. Amid the inequality and expense there’s a lot of space and time to be a human being. To play pétanque and picnic with friends and good cheap food and wine and get
around on the ubiquitous Vélib bikes.

I always return to NI every year, usually for Christmas and family. I left Ireland just as I became an adult and when I see the coast I know that I will become more and more eager to to explore it anew.

This post is proudly produced in partnership with Fly By Those Nets.