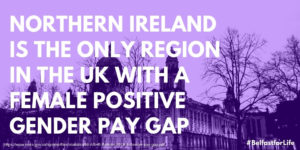 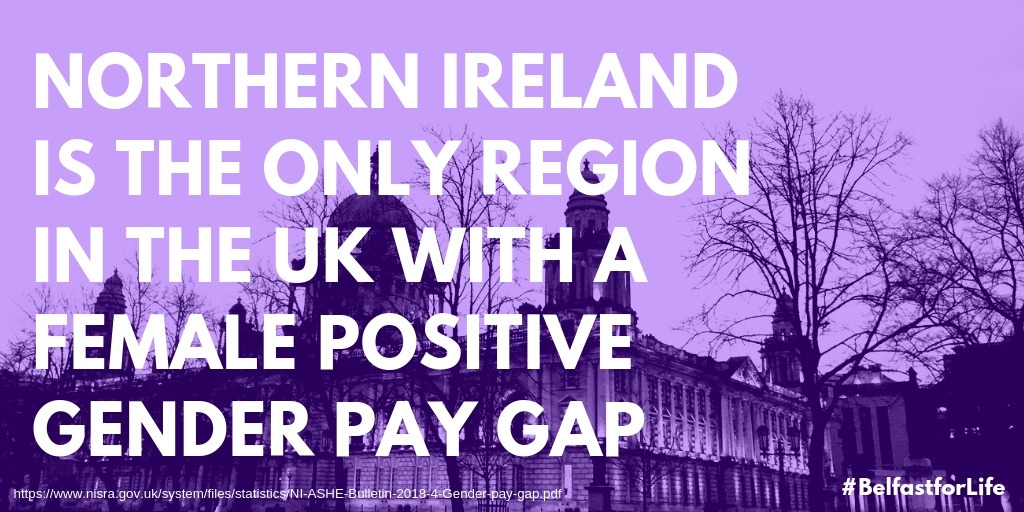 What is the gender pay gap?

The UK Government defines the gender pay gap as:

‘… the difference between the average earnings of men and women, expressed relative to men’s earnings. For example, ‘women earn 15% less than men per hour’

This is not the same as equal pay. Firms are required by law to pay men and women doing the same job the same salary.

Rather, it is a means by which the difference between the median hourly wage for females and males in Northern Ireland can be measured to see overall progress to address the issue of a difference in those incomes. 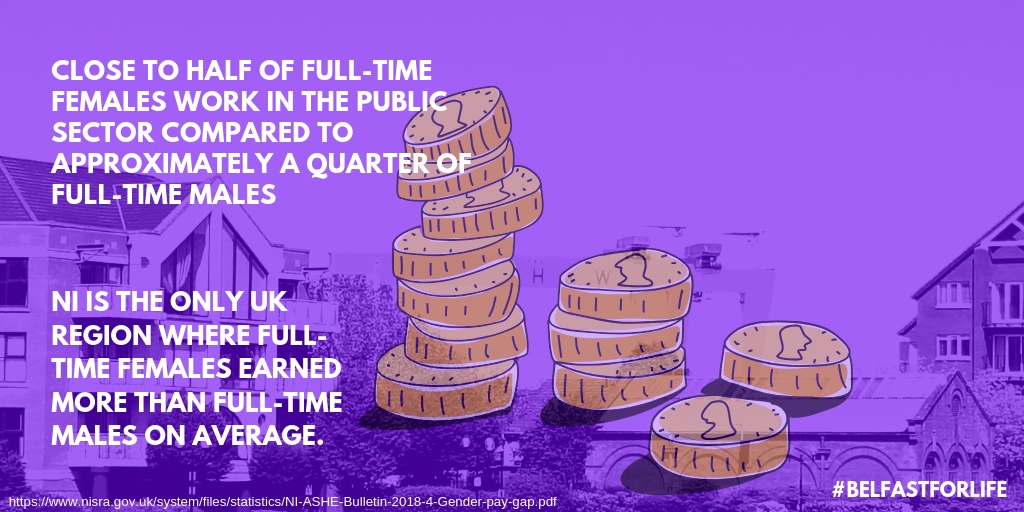 Why is everyone talking about the Gender Pay Gap?

Legislation was passed in 2017 that means every business in the UK (excluding Northern Ireland) must submit information on the pay equality within their organisation.

The Equality and Human Rights Commission (EHRC) who enforce this legislation will receive this information to form a report.

This information will be tallied and analysed, and a report of the gender pay gap across the UK will be produced 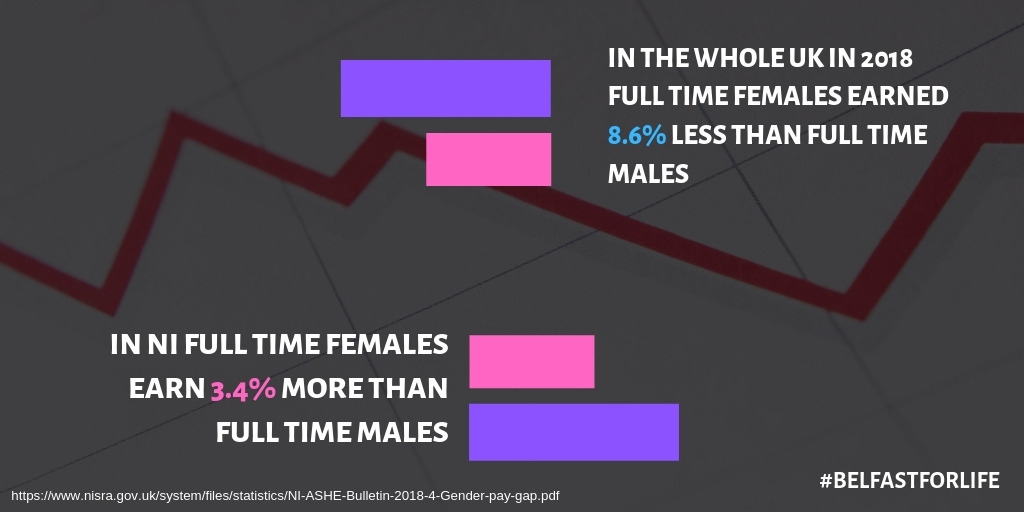 What about Northern Ireland?

Northern Ireland is exempt from this submission as it has no executive to put it into place. It is expected that if and when the executive is back in place they will put this reporting into action. Equality Commission for Northern Ireland 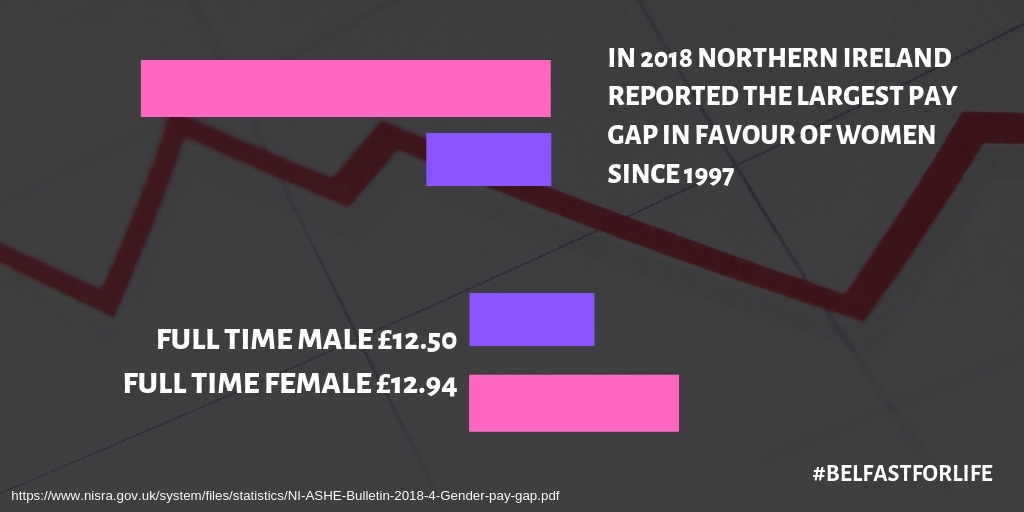 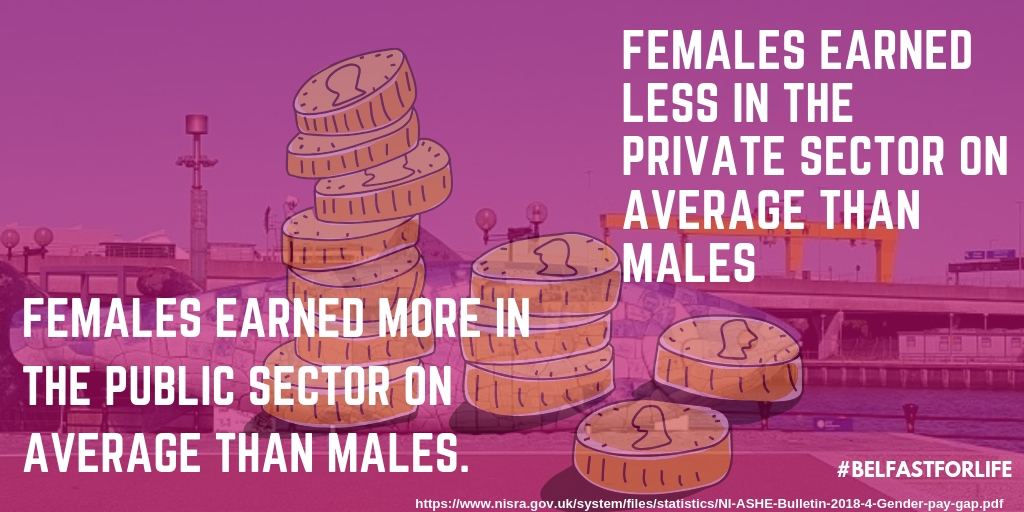 Complications in the measurement…

Despite full-time women and part-time women making more than their male counterparts respectively, overall men make more money hourly than women in NI. This is due to how the pay gap is calculated

More men than women are in full-time work – full-time work tends to pay better than part-time work – therefore the average for women is pulled down overall by the higher proportion of women in jobs with lower wages. This is known as the ‘part-time effect’ and is explained by this animation from NISRA 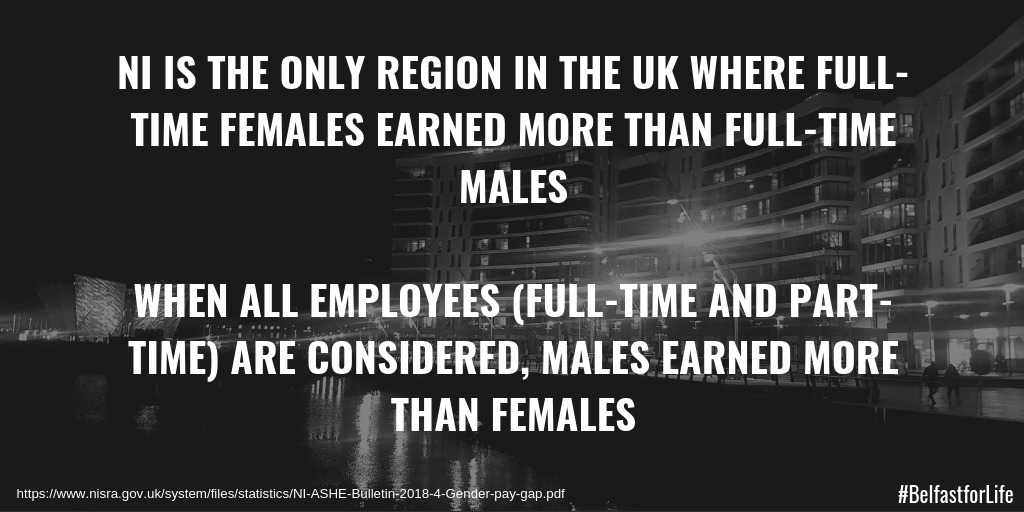 Thinking about coming home to Northern Ireland for good? We can help, register your interest and let us know what information you need to make the decision to come back to Belfast, for Life!

Register Your Belfast For Life Interest